The Lomi Technique is not like, for example, a physiotherapy, where you go in with very deep, hard touches to relieve specific tensions. It is more healing through touch and generating a deeper sense of relaxation through flow. These flows allow to go from the shoulder to the foot in one steady movement, which feels sensational. But I don’t want to dive into different massaging techniques, but rather into the sense of community that was developed and the emotions that came up during my 5 day Lomi massage course.

I was quite excited to book this only women course, because it made me feel safe with the body contact and the nudity (you’re always covered underneath a sheet, but still) involved. When I entered the room though, this excitement had doubeled into a weird mixture of fear and joyful anticipation. I had this worst case szenario in my mind, of me giving a terrible, hurtful massage and the woman just smiling and suffering through it. As you can tell, I was already 10 steps ahead of my self.

One of the first exercise was quite simple- breathing out loudly. I remember how shaky my breathing out sounded and how I was afraid to breath wrongly. Ridiculous, I know. Anja was the host or holder of the space. She told us that Hawai’ians call foreigners “hāʻole“, which means “no breath”, because they breathe so shallow. She continued to say these little things throughout the workshop, that made me feel welcomed and safe. She is also really witty and funny, but has a ridiculous love for “dad jokes”, which helped to break up the seriousness of the event.

Another concept she introduced to us later on, was the Hawai’ian word for family “‘Ohana“, which is much broader, as it includes not only blood-relatives, but friends, neighbors or really anyone you know. I think was kind of the moment were I felt our group of 9 women, who had just met becoming a community. Looking at each other while were sitting in a circle and knowing, that we are family now. It set us up for the personal and emotional bonds, that we deepen through the Lomi touch.

I experienced this in my first full 90 minute massage. Before we had learned techniques and it was all about feedback and a sort of team work to get better at massaging. In this final massaging though, it was about giving the full experience of what we had learned. For me as the masseuse, I had the chance to feel into the body with empathy and see what kind of flow would be best, without focusing on learning the techniques. It was a really gorgeous feeling to give and fully focus on it. What really rocked me to the core, was that at the end of the massage, the woman started crying, not out of pain (thankfully), but she told me that she was able to access a blockade, that she thought she wasn’t able to reach anymore.

I was really happy that the space created by Anja, as the space holder, but also by all of us women, was there to facilitate emotions like that. And thinking back just a couple days prior, where I was worried about breathing wrongly, or more actually being judged for it, that energy or this room changed me. 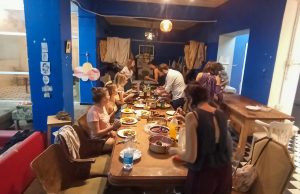 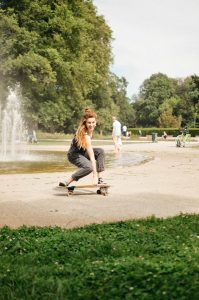